Lenses are ways of seeing. They frame everything we perceive. They make sense of the situations we find ourselves in, the people we meet—even the ways we see ourselves. They allow us to understand everything from science and art to relationships and teamwork. 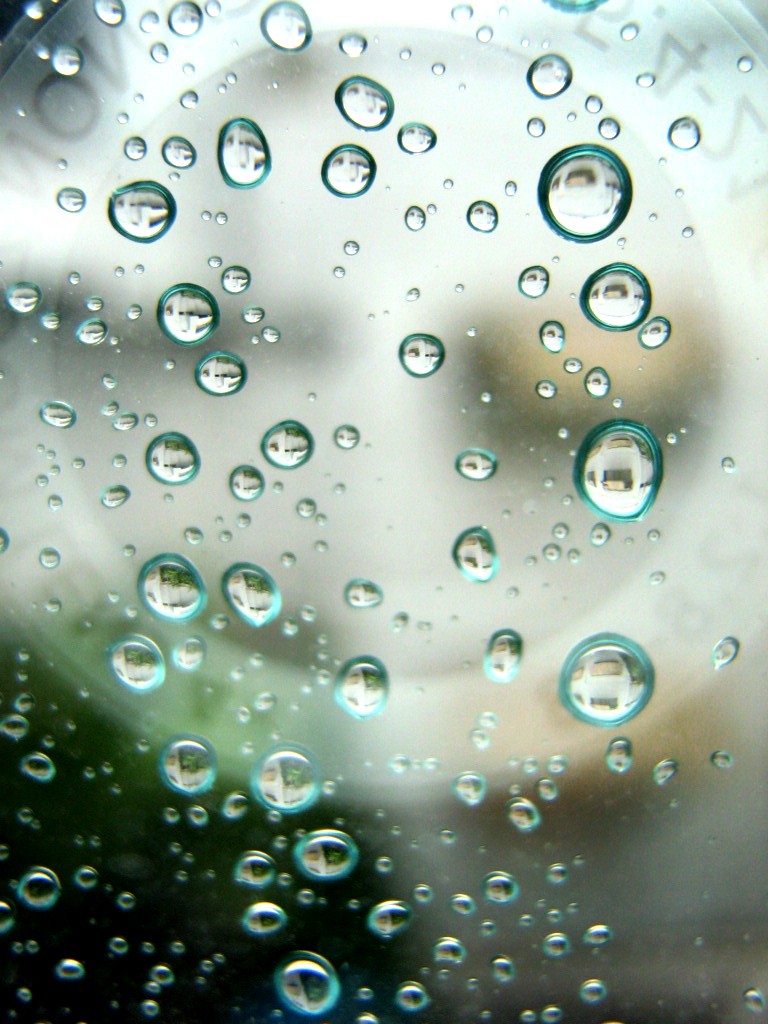 We recognize drops of water on a window because we have a lens that shows us what they are. Photo by kappachan.

For example, the image of a plane flying across the sky makes sense because we have a lens that shows us what it is. We learned what planes are as children. We know that there are people inside, they aren’t as tiny as they  look, and they move faster than they seem.

We also learned to recognize when someone is angry or when a mother is worried because she lost track of her child while shopping. Lenses gives us the ability to bring the world into focus, to put things in perspective.

We literally can’t fathom anything without lenses. Psychologists call them “perceptual sets” because they bundle our comprehension of events, people, and situations.

Why Do Lenses Matter?

Because they subconsciously shape our perceptions and and limit what we see. Lenses also play deep roles in the foundations of our physical world. They define time and space and explain how our universe came into existence.

A deeper understanding of lenses of perception gives us new insights into the foundation of science itself—why science is distinct from other fields. And it shows us how to expand the reach of science to understand the origin of life and the paradoxical nature of quantum mechanics. (For more on this see The Lens of Science and Its Flaw.) 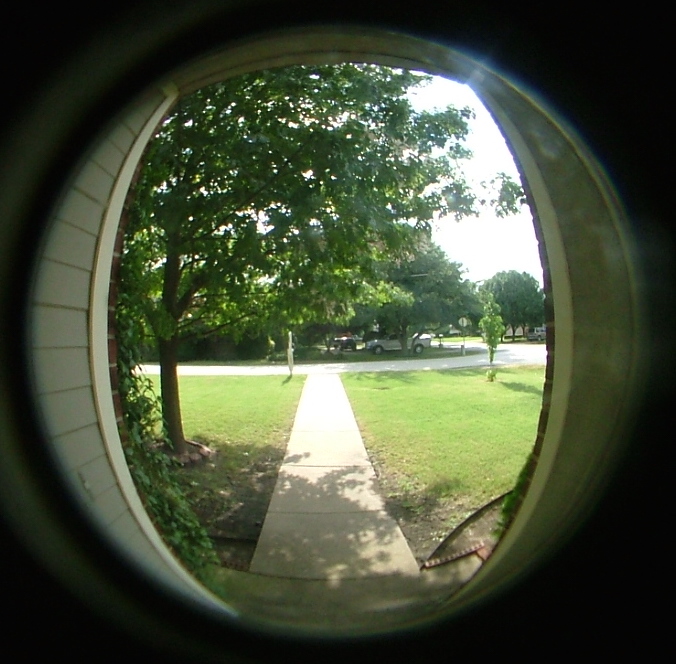 Lenses allow us to focus and see clearly, but they also limit what we see. Photo by g baden.

Why are lenses so powerful? Because they are formed from using tools. The more a tool changes our life the more it shapes what we see.

For example, the introduction of cars, trains, and planes gave people the chance to visit and see far away places for the first time. Their lives changed. The feeling of being rooted to a place gave way to a sense of freedom and the desire to explore. Children began moving away from their families as they grew up. Ties to their communities became weaker. People today see the world differently.

The invention of television had a similar impact. The generation who first grew up with TV began picturing the events of their lives as if they were watching a screen in their minds. Visual images became more important. They know more about the whole world, but have lost touch with their next-door neighbors, as sitting on a front porch together was replaced by TV.

A similar change took place two thousand years earlier when the written word became popular. According to Plato, the wisdom that had been passed down from generation to generation through audible stories was lost. It was replaced by a false sense of truth found in books. Plato was right about this change, however, it also created a boom in linear thinking. Mathematics and philosophy blossomed. In fact, we only know about Plato because of the books he wrote.

All great leaps in civilization come from the use of new tools. Spoken language, the written word, the cultivation of crops and livestock—all changed us and the way we see life.

In other words, beliefs and thoughts are secondary. We got it backwards. Our beliefs don’t define the way we see. Lenses are the true source. They shape our beliefs. Our ways of seeing emerge subconsciously. We learn, first and foremost, from our experiences.

We have a saying: You need to walk a mile in another person’s shoes to know them. Unfortunately, it isn’t that simple. Accountants and actors have different lenses. Artists and scientists are so different that they rarely cross paths. The gap that separates generations can be significant, even between people who have lived with each other for years. 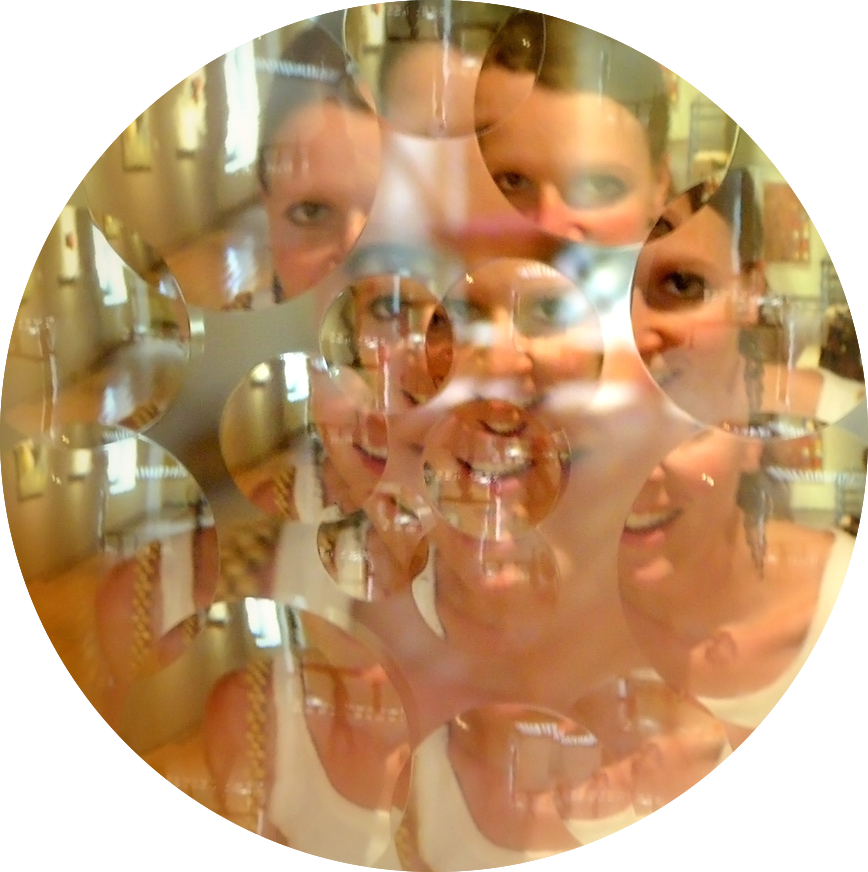 Our modern world has become fragmented because we have become a society of specialists. Photo by Benjamin Earwicker.

We see breakdowns in communication because we use different tools and have different experiences growing up. We are often baffled by people. How can some be so cruel? Why don’t they see humor in a situation the way we do?

Our modern civilized world is more divided than ever. We have fragmented into a growing number of special interests for a simple reason: We have increasingly become a society of specialists. Specialized skills make us more valuable, but they also distance us from each other. We are like ships passing in the night. This is the problem of our times.

It isn’t just our understanding of each other. The same obstacles making it “impossible” for physicists to understand the quantum world, or to crack the puzzle of organic life.

There is an answer. We simply need to find different lenses.

Unfortunately, this isn’t as easy as it sounds. We have to let go of our way of seeing before we can switch to another lens. This is often unsettling. It means losing our sense of who we are and how we fit in the world. Next, we must pass through a zone where it feels as if something is seriously wrong. Only then can we truly understand another lens.

That’s the psychological barrier standing in our way. It’s a significant one. And this is why people fight so hard to hang onto their ways of seeing, pitting themselves against others.

It all happens because letting go of our lens feels threatening at an unconscious level. This single problem has held us back in countless ways. It stunts our ability to grow and understand. Sometimes we can’t see what is even right before our eyes.

The root of the problem is that we keep trying to see all of life through one lens.

Rational thought and logic isn’t the answer. Belief isn’t the problem. We need to learn how to change lenses and see in new ways. We need to realize that these uncomfortable feelings are normal and they are signs that we’re growing. Once we do, the world makes a lot more sense—even the unpredictable behavior of sub-atomic particles.